When I was little probably five or six, I took ballet lessons along with my friend that lived across the street from me.  To be honest I don’t remember a whole lot about the lessons themselves.  What I do remember is the recital we had.  This is probably because of the two 8 x 10 pictures, featuring the group of us little girls, in our costumes, in my baby book.  (I just went looking to see the pictures and verify there weren’t more photos.  When my parents moved into their motorhome I was sure my mom gave me my childhood photo albums, but if she did I don’t know what I did with them.  So, note to self, check with mom about photo albums.) 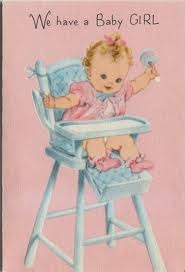 Anyway, what I remember is being able to wear make-up, and getting to dress up in costumes.  We must have had two numbers that we performed because we were all wearing two different costumes in the pictures.  In one of the pictures we are all wearing pretty, royal blue, sequined ballet costumes.  We all wore the same costume.  Precious, matching ballerinas!  In the other picture there were three different costumes.  A bunny costume, a puppy costume and a duck costume.  Now I know if my mother is reading this, she is rolling her eyes and saying something along the lines of “Here we go again with the duck!  Let it go!  You were a precious duck, adorable, blah, blah, blah!”  I love my mom, and I especially love my mom for saying those things.  However, I’m a mom now and I know there are times when we moms have rose colored or in this case cuteness glasses on.  There is nothing that could make our child not precious or adorable when they are performing, no matter what they are wearing! 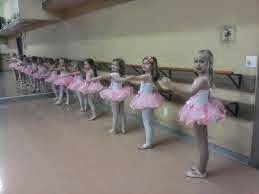 For me, seeing myself in that duck costume makes my skin crawl and brings back all sorts of “little girl” memories of pain.  I was a round, stout little girl.  When you enter the world at nine plus pounds you are bound to have some weight issues.  My father referred to me as “so cute, what a chubber”.  I never remember being aware of taking that in any way other than a compliment and with pure delight, love and esteem from my father.  Nonetheless, somewhere down the line, at school I imagine, while I wasn’t an obese child, my weight was brought to my attention.  I’m figuring this because when it came time to be assigned our animal costumes I distinctly remembering wanting to be the pretty pink and white puppy or white bunny and not the duck!  Not that the duck costume was ugly per say but because I remember all the chubbier little girls being chosen for the ducklings.  As we were getting assignments, I remember thinking, I want to be a puppy like Michelle or a bunny.  I noticed as it went along that all the tiny, petite girls were getting the puppy and bunny costumes.  I’m looking at the other not so tiny or petite girls getting the duck costumes.  And then it happened the dreaded assignment I somehow knew was coming!  I was made a duck!  I know I complained, I hated the idea of being forced to wear that stupid costume, I absolutely didn’t want to do it and looking back now, I think I felt humiliated. The costume did nothing for me in terms of looks!  Let’s be honest, if the teacher was going for nice round ducklings she sure got one in me.  I looked like an overstuffed, miniature, big bird!  The puppies and bunnies got cute, little headbands with ears on them.  The ducks wore this full head things that only our faces peered through.  As I remember it, we were short, fat, rollie, pollie, yellow, fake fur, umpa loompas forced to dance in the back so that the cute, petite, puppies and bunnies could be showcased. 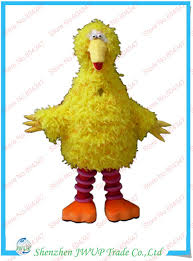 I don’t know maybe the ducks weren’t the graceful ones (I’ve never been very graceful).  Maybe we didn’t have as much experience or maybe it’s just that we were all chubbers and she thought it would be adorable.  Nevertheless, for whatever reason seeing those pictures, even just thinking about them, conjures up anger and resentment.  I mean SERIOUS anger and resentment.  It’s probably a good thing I don’t remember who my teacher was, if I did I might have cornered her by now demanding an explanation! 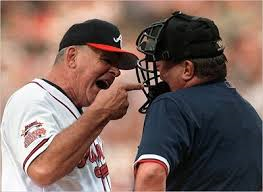 I have read that all anger comes from pain or fear.  Think iceberg with anger being the tip, what lies beneath is the pain or fear.  Thinking back on this situation I can most assuredly say my anger comes from pain!  I’m learning as I get older that in life someone can do something absolutely right!  As perfect as a human can do something!  However, another person affected by those actions, right and perfect actions, can be injured or hurt deeply because of their own flawed perceptions.  So, maybe my perceptions were wrong.  Maybe it was my own insecurities because of something someone said to me at school, which made me feel like a yellow, fluffy, bowling ball.  I don’t know.  For whatever reason I have a scar, it’s my scar and it’s no one’s fault.  It’s not my parents fault or the teachers fault or the kid or kids who drew attention to my weight.  Real or perceived it is an old injury that left a scar that is now part of my stuff.  My baggage that I have to work through and figure out.  Do I think it plays into my body self-image now, you betcha!  Does it add to the tapes that play over and over in my head probably!  Do I have adverse reactions to duck costumes unquestionably!  But you know what?  Just knowing that it’s a scar, knowing that it’s my “STUFF” brings me one step closer to letting it go, changing the tapes in my head, and seeing that I am so much more than the number on the scale. 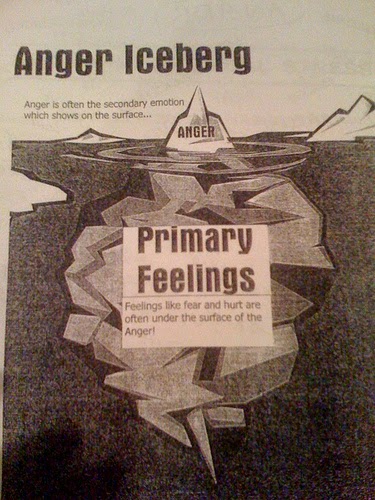 Am I there yet absolutely not!  Am I working on it, oh yeah!  My head knows that no matter what I think I looked like, most people were probably so focused on their own kid they never even thought twice about me.  That my parents thought I was adorable and that I was completely loved as that yellow ball of fake fur.  And in reality it means nothing forty years later.  The trick is getting my heart to that understanding.  Healing the pain that little girl felt, so that the scar goes way and no longer affects my adult thoughts, emotions and behaviors.  The only balm that is going to go that deep and heal it, is first recognizing it.  Then second, asking God to fix it.  Kiss it and make it better, fill the opening in the wound that’s still there with His grace and love.  Real or perceived it is an injury.  Like my child that comes to me with a skinned knee asking me to make it better with ointment, Band-Aids and kisses.  God is the only one who can soothe and heal my pain, but I have to ask. 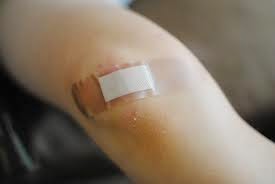 Figuring all this stuff out is hard!  Often times I would rather stay in bed with the covers over my head, but then I wouldn’t be growing and not growing can be just as scary.  So, I’m praying and breathing and writing so that God can go deep to the source of my injury, heal it completely, and then just like The Ugly Duckling I will one day see that I am the beautiful swan just as He created me. 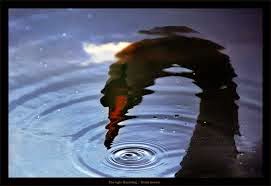