May 20, 2014
Today I had to take The Informer to the doctor for a follow-up appointment.  They asked us to be there a half hour before our appointment, the doctor ended up being late by an hour and twenty minutes.  So, this meant that my very active eight year old ended up waiting almost two hours in a very plain and very boring exam room.  Now she brought in some school work but only four books.  She plowed through those pretty quickly.  I suggested we do some extra pages to get a jump on the week and maybe finish out the year a little bit early, at least in those books.  She did a little more but quickly decided she had had enough.   We read the one and only story book they had in the room.  The nurse took The Informer’s blood pressure and all the other diagnostic things nurses do before the doctor comes in.  That burned up about forty minutes.  We played eye spy, but here’s the thing, it’s really hard to play eye spy when the room you’re in is all white, there is one picture and a clock on the wall.  There was on off white cabinet and counter, a beige exam table, a black rolling stool and two purple and green print chairs.  Not much to spy in a stark room!

Throughout our remaining hour and ten minute wait I heard “I’m bored!  This is boring!  I don’t like waiting!  Where is he?!”  She stuck her head out the door about 30 times looking for him.  I went out and asked when we would be seen and heard we were next in line.  OK, back to the room for more rolling around on the rolling chair.  “How much longer?!  I’m hungry!  Is he coming yet?!  I’m bored!  They need to have kittens for you to play with while you wait, THEN I wouldn’t be bored!”  All the while my response went something like this “I’m sorry you’re bored.  I know it’s hard to wait.  Sometimes we have to practice being patient and having control of our bodies, that’s what big girls do.  It is very hard to be still I know, we just have to try.” 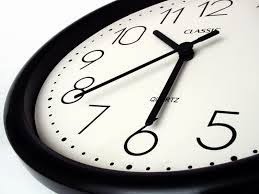 Honestly, all the while I’m telling her this, I’m thinking in my head “YOUR TELLING ME IT’S HARD!  DON’T YOU THINK I WANT TO RUN AROUND AND SCREAM LIKE A BANSHEE – HEY!  YOU PEOPLE TOLD ME TO BE HERE A HALF AN OUR EARLY AND NOW YOUR DOCTOR IS AN HOUR AND TWENTY MINUTES LATE!!!!  I’M TIRED OF SITTING HERE!  I HAVE THINGS TO DO!  DO YOU THINK IT’S FUN SITTING HERE TRYING TO AMUSE THIS CHILD IN A STARK ROOM WITH NOTHING TO READ AND HAVE HER SIT AND BE PATIENT WHEN I’M GETTING READY TO GO OUT OF MY MIND TOO?!”  Inside I was screaming and wiggly, on the outside I did my best to be still and quiet.  We had several conversations about memories, how much she wanted a kitten, what she wants to do this summer, how she needs new clothes etc. etc.  Anything her little mind flitted to we discussed, all the while she’s rolling around in the chair, hopping on floor tiles, up on the exam table, off the exam table, lying on the exam table, sliding off the exam table, rolling around on the exam table.  At times she looked like Curly Sue rolling around on the ground, complaining about how itchy tights are.  When we were finally seen I felt like I needed a nap from watching her!

We began to play the Guess Who I Am game when the doctor finally came in.  He examined her, we talked a bit and when it was almost over she threw everything in my lap grabbed my calendar and was out the door and down the hall before I could say thank you and good-bye.  There were two doctors sitting at the computer in the triage area, when The Informer passed by they asked her where she was going – her reply “I’m out of here!”  She wasn’t disrespectful, she was just determined, she was done, she had waited as patiently as she could and was ready to go.  I quickly followed apologizing for any rudeness, explained she had waited a long time and that she is full of energy and tenacity.  When she is done, she’s done. 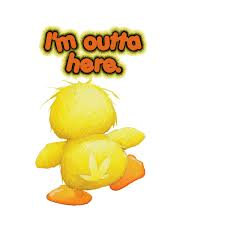 Later I tried to explain to her that there are going to be times in life where you have to be patient and that you aren’t always the first priority.  It is important to learn self-control, patience and understanding.  She didn’t like that, she said it was boring and hard.  I agreed but reiterated we still have to learn to do it if we are going to be big, grown-up girls.  She said “maybe I don’t want to be a grown-up girl!”  Boy did I want to say “I get it completely!”  Sometimes I would love to behave like she did.  There are lots of things I want to whine about and roll on the floor and complain about doing because it’s hard.  There are lots of times I don’t want to be a big, grown-up girl either!  Think about how ridiculous I would look behaving that way.  What would life be like if none of us had self-control and we behaved like little children? 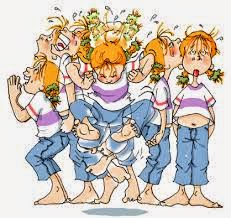 Sometimes I know I behave like a child.  I complain even though I have so much to be grateful for.  I stomp my metaphorical foot and demand to have my way.  I yell and whine to try and get what I want.  I’ve even slammed doors to prove my point.  I’m sure I look ridiculous!  And yet, I still do it more times than I would like to admit.  Thinking about our day I realized I need to practice what I’m preaching.  Behave more like a big, grown-up girl when it comes to self-control and patience.  However, I definitely need to be much more childlike when it comes to fun, silliness and spontaneity.  I need to learn from The Informer how to be like a child.  I mean Jesus commands it after all, if I want to get to heaven I must act like The Informer at least some of the time. 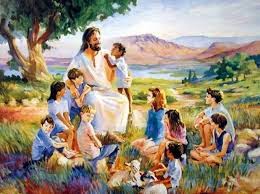 He called a child over, placed it in their midst, and said, “Amen, I say to you, unless you turn and become like children, you will not enter the kingdom of heaven.
Matthew 18:2-3