I’m at a friend’s house the other day when I get a call from the Director.  You know it’s not ever going to be a good conversation when the person on the other end starts out by saying “First of all, I’m fine.”  That was the opening line of a very scary conversation concerning an accident he had had.  He t-boned a car that had pulled out in front of him.  The really scary part, it was a young girl driving with just her learner’s permit, no licensed adult driver in the front seat, in a brand new car, I’m talking an hour old car.  Thank God no one was hurt!


After hearing the story, The Organized Child proceeds to tell me that she no longer wishes to get her permit or learn to drive!  She, is going to have a chauffeur for the rest of her life.  I responded with “Where do you intend to get the money for this chauffeur?”  She replies, “I am just going to have a chauffeur for the rest of my life!”  I asked her again about the money she then replied “I’m going to hang out in hoity toity places and find a rich man to marry.  A little shocked with her answer I got ready to question this logic, but before I could open my mouth The Informer yells out “You better like fish cause rich men only eat fish!” 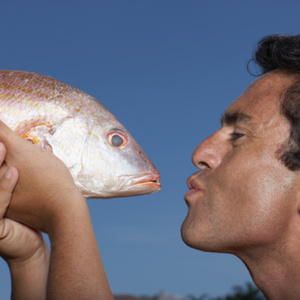 After laughing, I began to try and unravel this logic and figure out where she got the idea that all rich men eat, is fish.  When I asked her how she knows that rich men only eat fish, she promptly replies with an air of, this is the end all, be all, authoritative answer that was given to me “The Middle Child told me!”  And of course my thoughts are whatever The Middle Child says is absolute truth?!  This is the person that not a half an hour ago you were arguing with about who knows what, but now whatever she says is gospel?!  When I tried to argue that logic, The Informer only said “that’s what she said, she knows”.


REALLY!!  The 13 year old has convinced the seven year old that despite the constant berating, bickering, arguing and fighting, that she is the end all, be all, authoritative, go to girl when it comes to the eating preferences of the rich, opposite sex.  So let’s move past the love hate relationship between the two of them, my question is how did the 13year old become such an expert on the eating habits of rich men?!  This child is NOT on the internet, Facebook, or other social media things.  We don’t have cable or an antenna (that means NO TV of any sort) so I know she’s not watching The Lifestyles of the Rich and Famous. 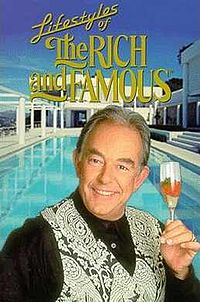 I certainly haven’t said anything to that effect, so I’m left wondering where does one get such a crazy notion?!  Then I begin to think where does any of us get our crazy notions and convictions?


Right now our country is divided over some pretty heavy, game changers.  Some people have some pretty interesting notions on how things should be.  When discussing the financial state of certain exchange students that come to this country with Oldest today he asked me what in the heck do they do?!  Their country hasn’t really produced anything major in a long time, they are pretty mediocre when put up against other countries in the world, so how is it that the majority of their citizens have so much more money than ours?  Oldest concluded that somewhere along the way we messed up big time as a country.


I began to think about that comment and the interesting notions in our country today and where they might have come from.  I believe with all my heart that this country was founded by great men who sacrificed much to create a country of religious freedom and freedom from tyranny.  Because of what they sacrificed many great people, inventions and events have come from this country.  I’m not saying our history is all great and wonderful, we have had some dark days and big blemishes.  However, I believe we have grown and have still done much good in the world.  But I also believe that somewhere along the way we became arrogant and we adopted an attitude of entitlement “It is my right.  I deserve this.  It is owed me.”  I’m thinking that maybe these arrogant attitudes have blinded people to the truth and what is right and just and good.  I can almost see Darth Vader standing in the wings with his hand out in a choke hold fashion “Saying come to the dark side.” 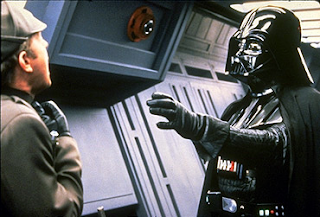 When we believe ourselves to be entitled, when we have a sense of arrogance we lose our virtue of humility.  People are seen as less than us, not worthy of our attention.  We have become a society so focused only on ourselves, it’s all about me.  We have advertising that focuses on immediate gratification like “Just do it”.  We are a society of entitlement, only focusing on what I want and how it affects me. I fear that no one is looking at the long term effects of these attitudes for our country, just what we want now. What feels right and good for me right now.  And, I feel certain that many of the strange or crazy notions have come from the current attitude trend in our country.


However, I’m not entirely sure where The Middle Child got the idea that all rich men eat fish.