Crazy is as Crazy Does


I wish, like Sheldon from the Big Bang Theory, each time someone told me I was crazy that I could reply “I’m not crazy, my mother had me tested.” 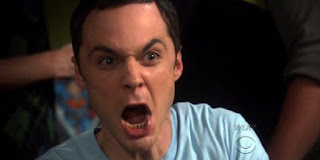 I have heard so many times that you are crazy, I can’t even count that high.  Yesterday I was told I’m “plum crazy!”  Often times I’m told this by friends and family, people who like and love me.  I like to think it’s a compliment, and I hope that I am worthy (crazy) enough to be in the good company of the saints and martyrs.


You see, my family lives counterculture in most things, we have for many years.  I didn’t learn this lifestyle, I wasn’t raised this way, and I didn’t have any great life epiphanies that got me here.   The Director and I didn’t start out with these incredible convictions to live counterculture, it just sort of happened over time.  When we were first married we were like most every other young couple.  We had debt from the Director’s student loans, we had a mortgage, two incomes, newer cars and enough credit cards to fund a small nation


When I became pregnant with Oldest, I really wanted to stay home with him.  While the Director knew we really couldn’t live on one income, I persisted with my pleas.  I finally did research on diapers, formula and day care.  When I put it on paper and showed him that I would only be clearing about $75.00 a month after all day care related expenses he relented, and I became a stay-at-home momma.  Of course we made about $10.00 too much to qualify for food stamps and had just about nothing all the time, but we seemed to manage somehow.  (Being young and naive has its perks, you're clueless about how bad off you are and you have an optimism that only someone in their 20’s wearing rose colored glasses can have.)  And, so began our lifestyle of counterculture living.


I honestly don’t remember much about how we managed to make it.  I know there was a lot of fighting over money and expenses.  I know I made a lot of stuff from scratch and I drove a car without reverse for an entire year (believe it or not it can be done!  Just never park or go somewhere that you have to back up from.  I only got it stuck twice in that year.)  For the last twenty years I have managed to stay home and raise my kids.  I have had a few part-time jobs and worked from home here and there but overall we have lived as a one income family.  We have almost no debt (mortgage and some medical expenses) and we drive older cars that aren’t too pretty to look at.  We have made sacrifices in order to do this, sacrifices that not a lot of people would make, our first step on the road to “crazy”.


After Oldest was born, we got very involved in our local church, just about all of our social engagements and activities revolved around a church function or with church friends.  Step two on the road to “crazy”.


When Oldest was to start kindergarten, I couldn’t even begin to imagine sending him to school.  Again it wasn’t because of some religious or superior academic conviction, it was simply because I couldn’t imagine that he would be gone all day.  I couldn’t imagine six and a half hours without him and not knowing what he was doing etc.  So, we started to homeschool, step three on the road to “crazy”.


Then we went and did something completely insane, we had five children!  In a culture where the current fertility rate is 1.9 children per women, most people think we went off the deep end.  At first we had three kids, which seemed to be tolerable.  Even after The Informer was born people still seemed to be fairly ok with the idea.  But, GASP, since we used no culturally accepted forms of birth control and I got pregnant with another child just seven months after The Informer was born we were dubbed out of our minds.  When I miscarried that child several people told me it was probably for the best.  All I could think was, you’re the one that’s crazy!  When the little man came along, the general consensus was you have to be out of your mind!  Step four on the road to “crazy”.


Of course you have the whole “You’ve been together and married for how long?!”  Shock, gasp!  “Despite troubles and heartache and pain, you stayed together?!”  “I don’t know how you do it, I just couldn’t handle it, what about me, I deserve so much better blah blah blah!”  Then there is the fact that our kids aren’t involved in lots of activities, most everything revolves around church functions or something to do with singing and acting.  And then you have our strict parenting rules on modesty, dating, grades, chores and family time.  Steps five six and seven to “crazy”.


Oh, and what about the fact that I devote a good portion of the spring and beginning of my summer to co-direct VBS, spending an entire week with large groups of other people’s kids!  This year it happened to fall the week before my older kid’s leave on their mission trip so things are a bit more hectic than usual but in the eyes of others “NUTS” pure and simple.


However, here’s the thing that deemed us “CRAZY”, in fact “PLUM CRAZY”, this summer in addition to our five children we will be hosting three exchange students.  For two weeks we will have all three of them with us at the same time.  We hosted two at the same time last summer and had so much fun that this year it seemed perfectly normal to have three of them come to stay with us.  Before we were married The Director and I always discussed having eight children.  As it has turned out that was not God’s plan.  I can tell you however that I fell completely in love with the two kids we hosted last year.  I never would have thought you could love someone else’s child in such a short period of time but I did.  Believe it or not, the kids we hosted had a great time and one has asked to come back in the fall with her brother while on a school holiday.  So, I figure if we keep hosting kids, I will end up having way more than eight kids in my lifetime.


Hosting teenagers (GULP) from another country for three to six weeks in the summer is like having a month long sleepover.  My kids love it and sure it’s completely chaotic and messy, there are long waits for the bathroom and much of the food is gone when you go to get something, but the blessings far outweigh any negatives!  So, when someone hears my kids excitedly talking about our students that are coming and they look at me with dismay and disbelief, I confirm that what they have heard is true with a very large smile and enthusiastic I can’t wait either.  I then tell them of all the free or almost free places we plan to go while the kids are here.  And again a large gasp, eyes widen and I know it’s coming “you take them all out?!  All eight of them at once?!  You are CRAZY!  PLUM CRAZY!”  And, honestly I kind of smirk to myself and think that’s ok, I’m the one having all the fun, but I sure wish I could say “I am not crazy my mother had me tested!” 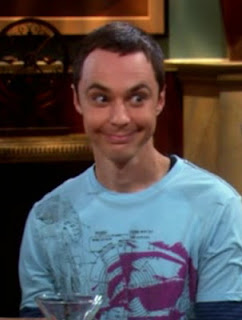